One of the most expensive living female artists, Yayoi Kusama is the woman behind the dots and the pumpkin, a free spirit and a moving Pop Art genius. Her works exhibit her fixation in psychedelic colors, repetition and pattern. Counted among the Top 10 living artists of 2015, she is also the first Japanese woman to receive the Praemium Imperiale, one of Japan's most prestigious honors for internationally recognized artists.

Born in Matsumoto, Nagano, into the family of a strict mother and a womanizer father, Kusama started creating art at an early age. Although her mother did not allow her to paint, art has become a form of rebellion for her. She started to study Nihonga painting at the Kyoto Municipal School of Arts and Crafts in 1948. However, more interested in the European and American avant-garde, she started creating abstract natural forms in watercolor, gouache and oil, primarily on paper, and staging solo exhibitions in Matsumoto and Tokyo by 1950.

Continue reading
Interested in selling a work by Yayoi Kusama?
Consign with Mearto
Get your Yayoi Kusama item appraised within 48 hours
Upload your item for appraisal
Loading.. 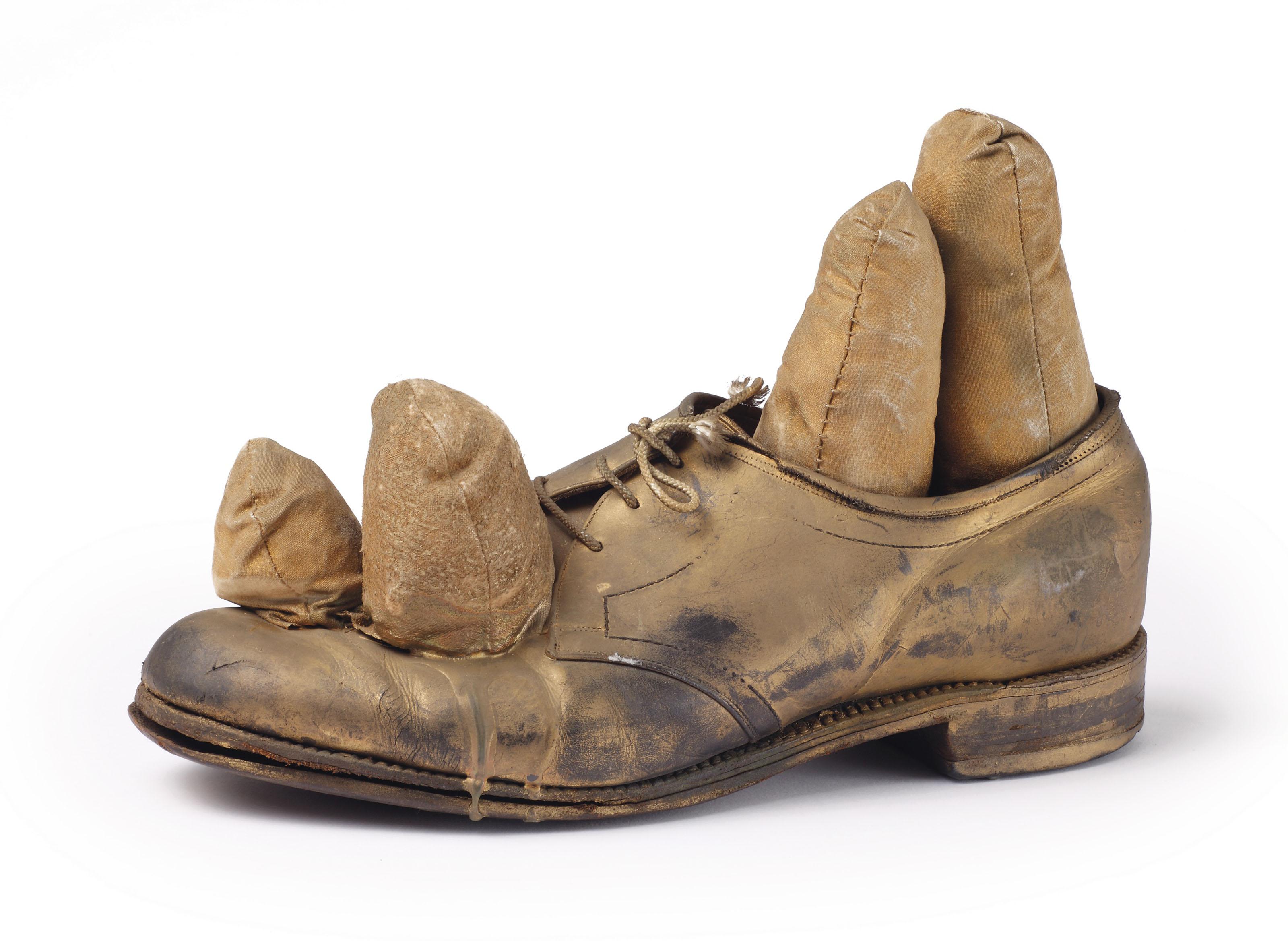 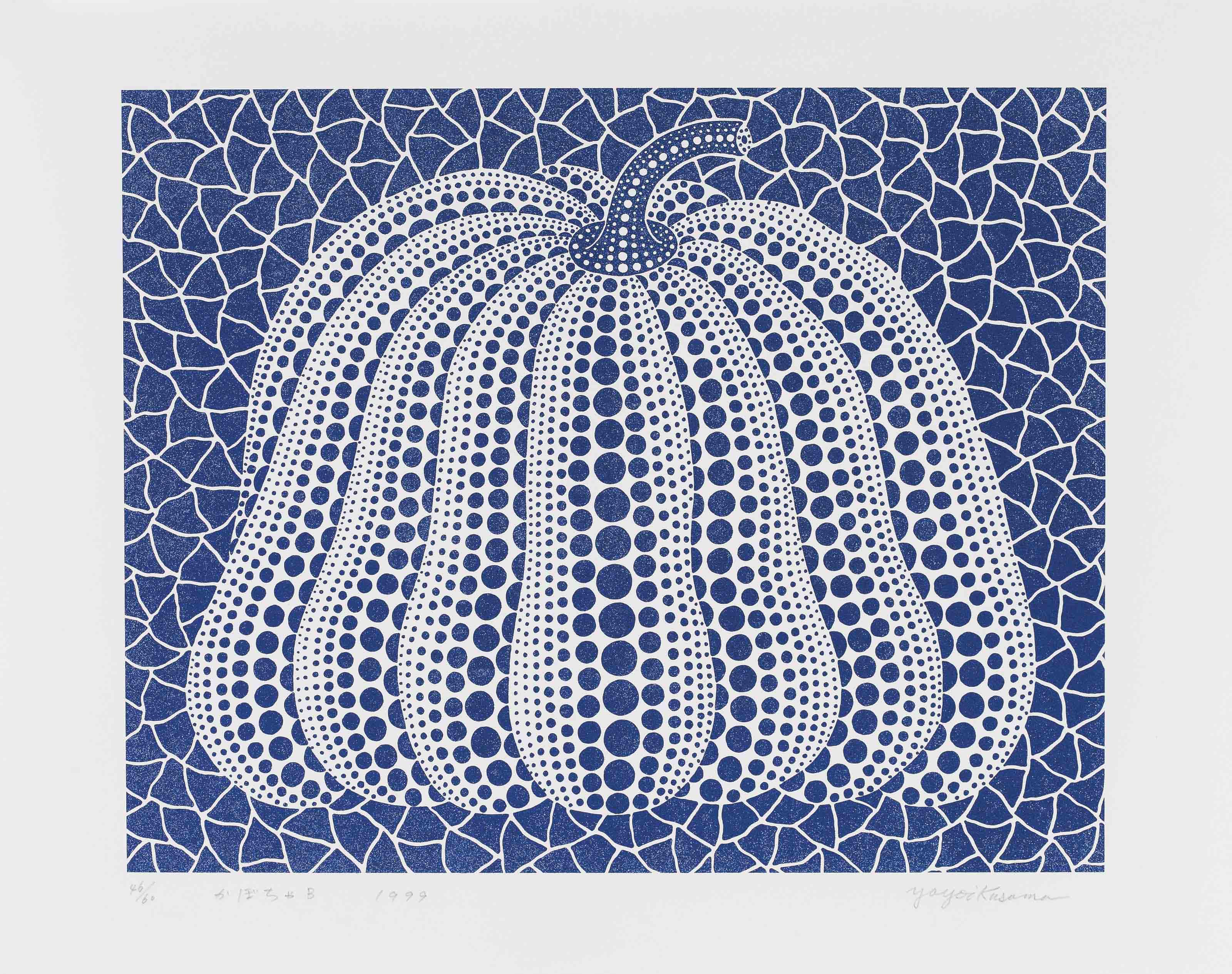 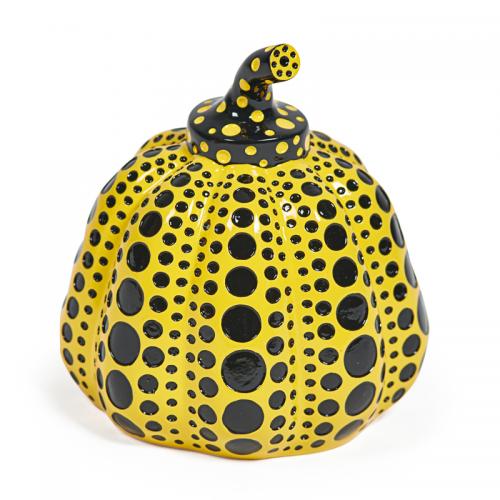 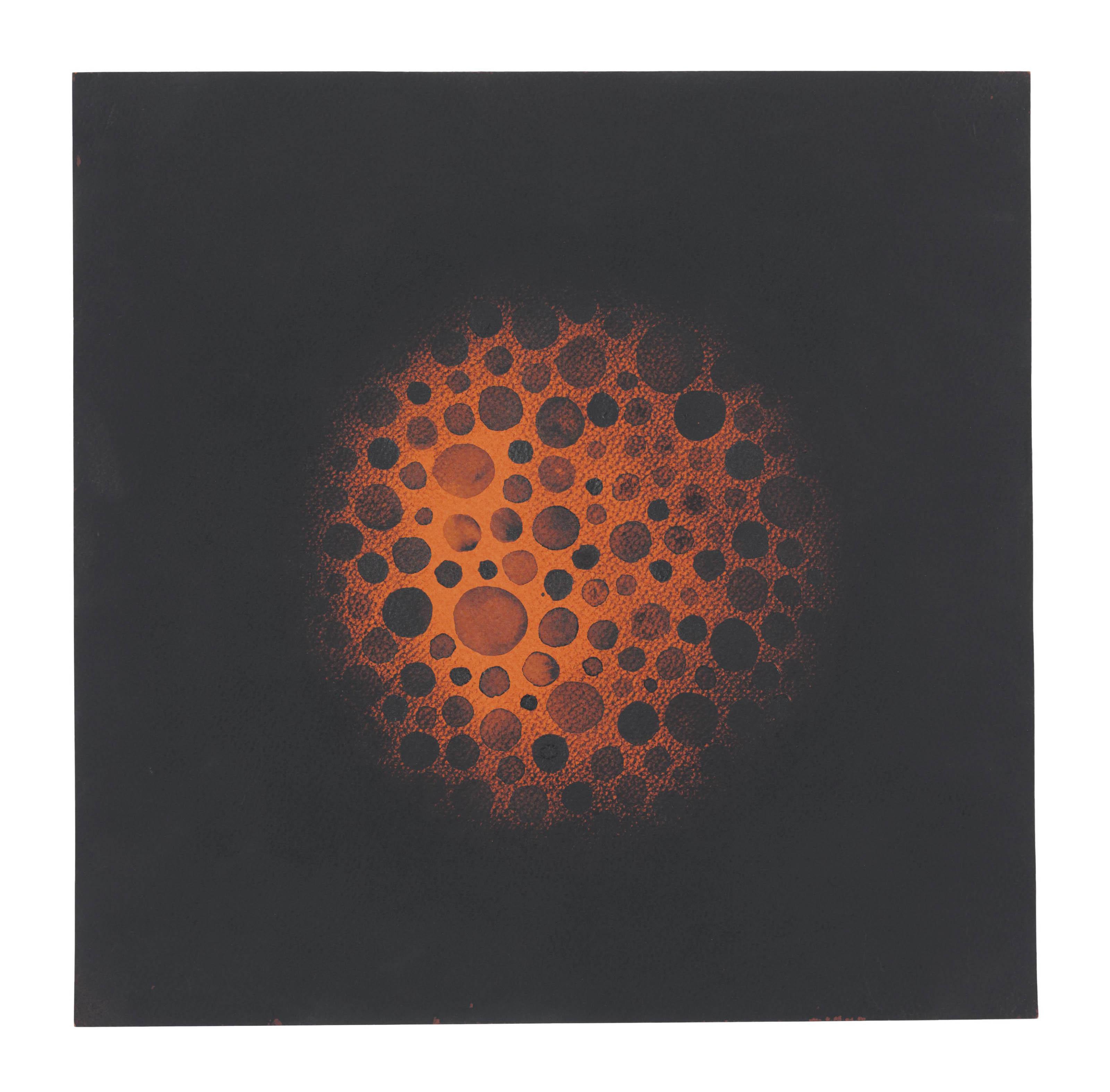 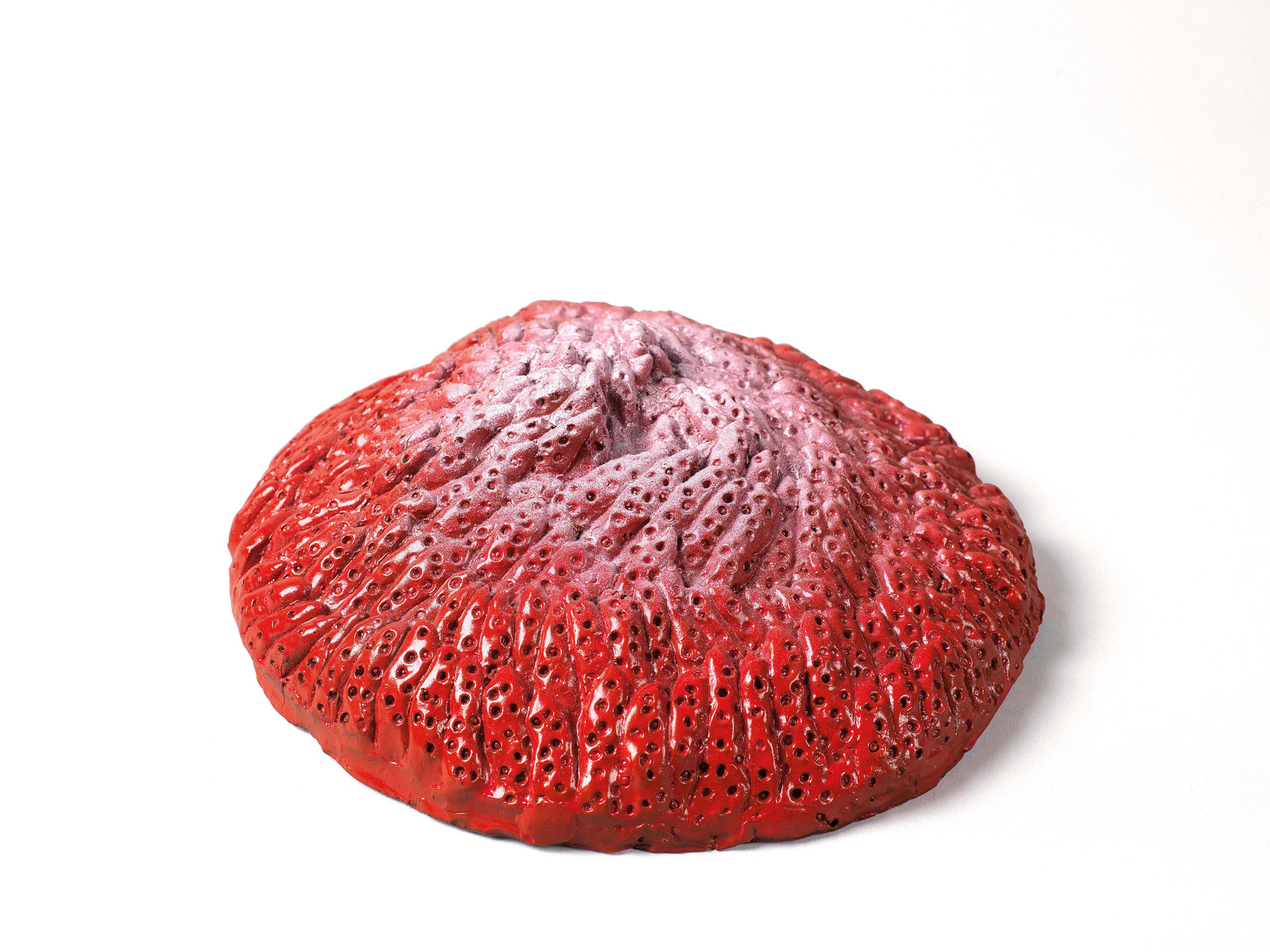 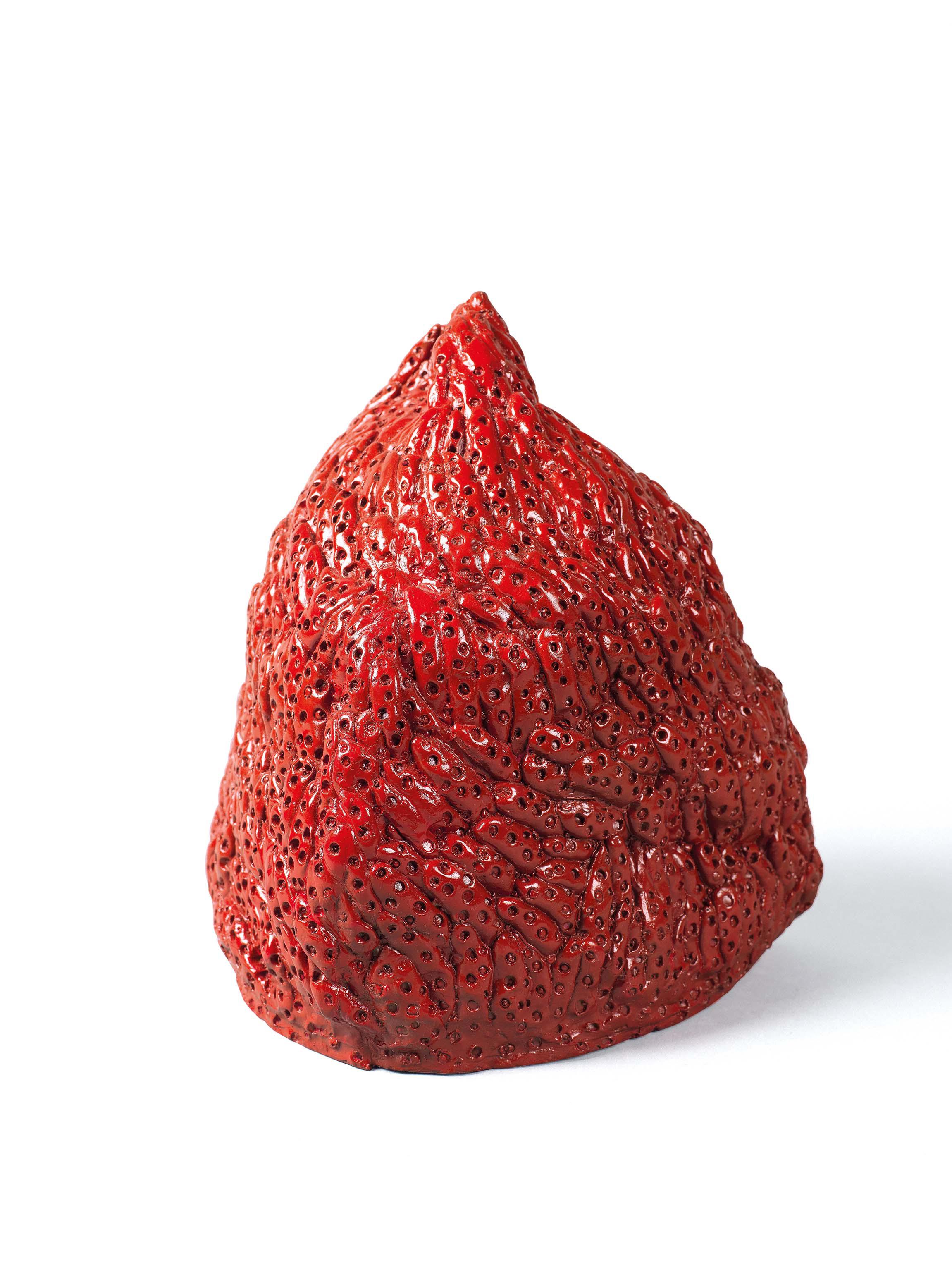 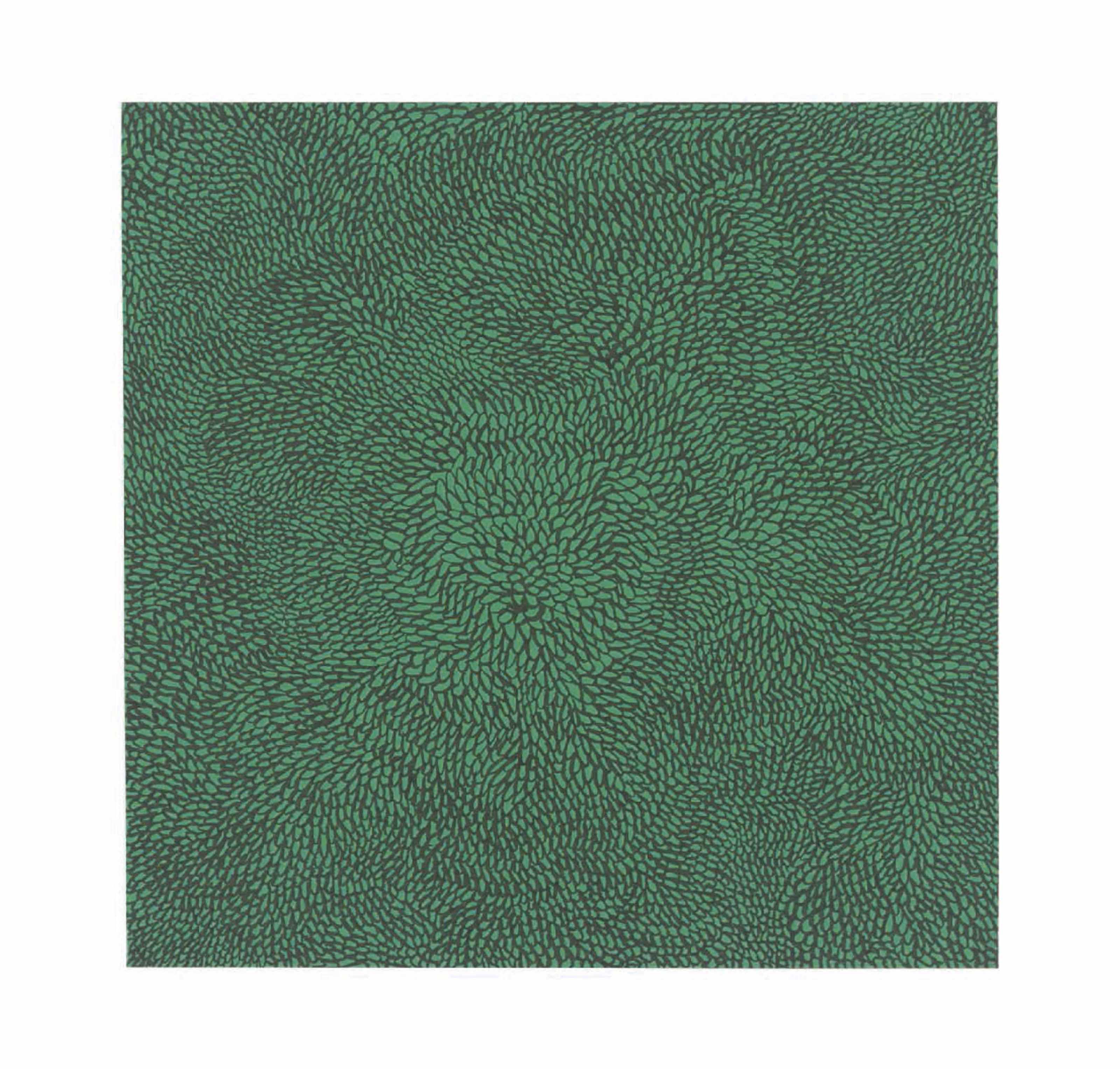 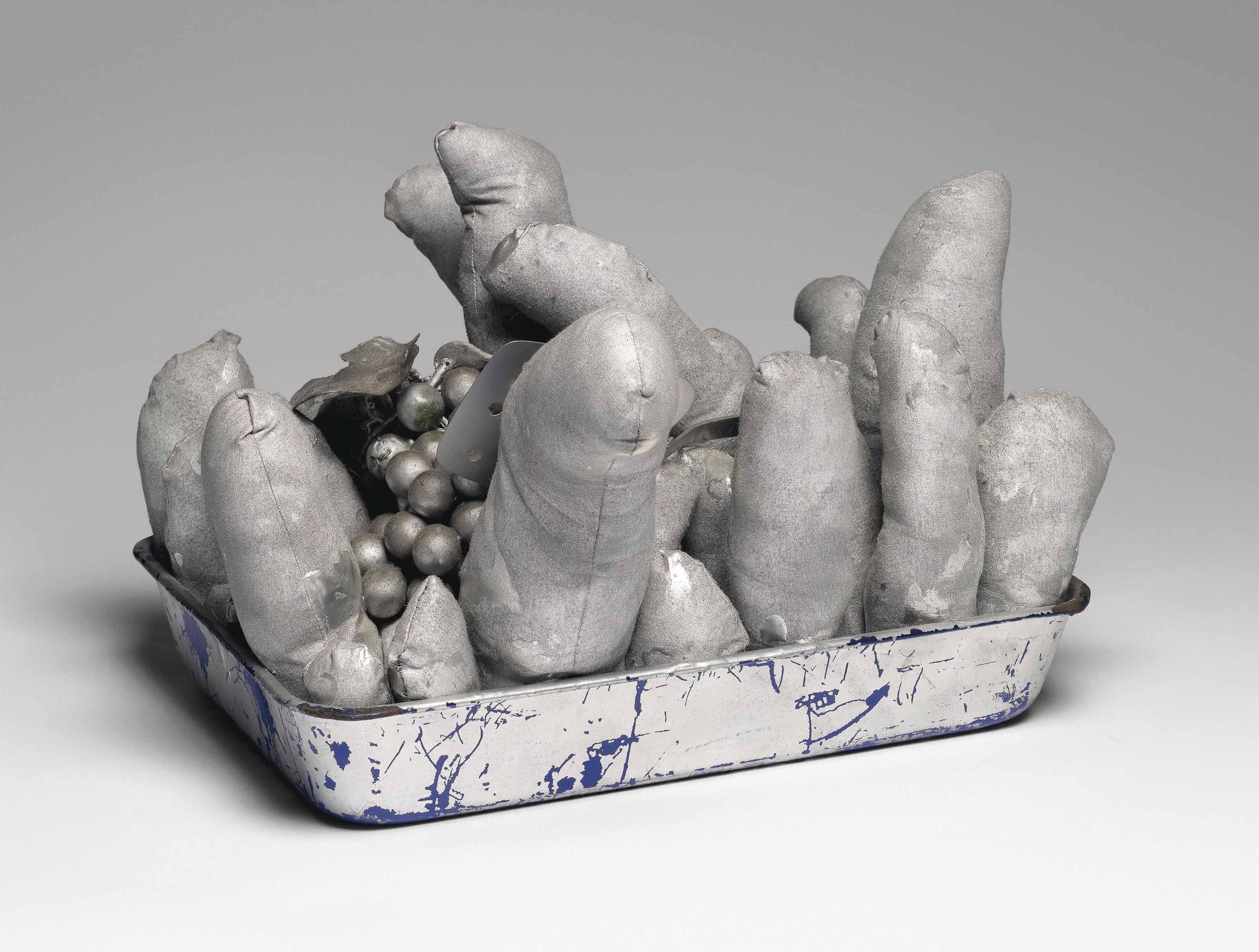 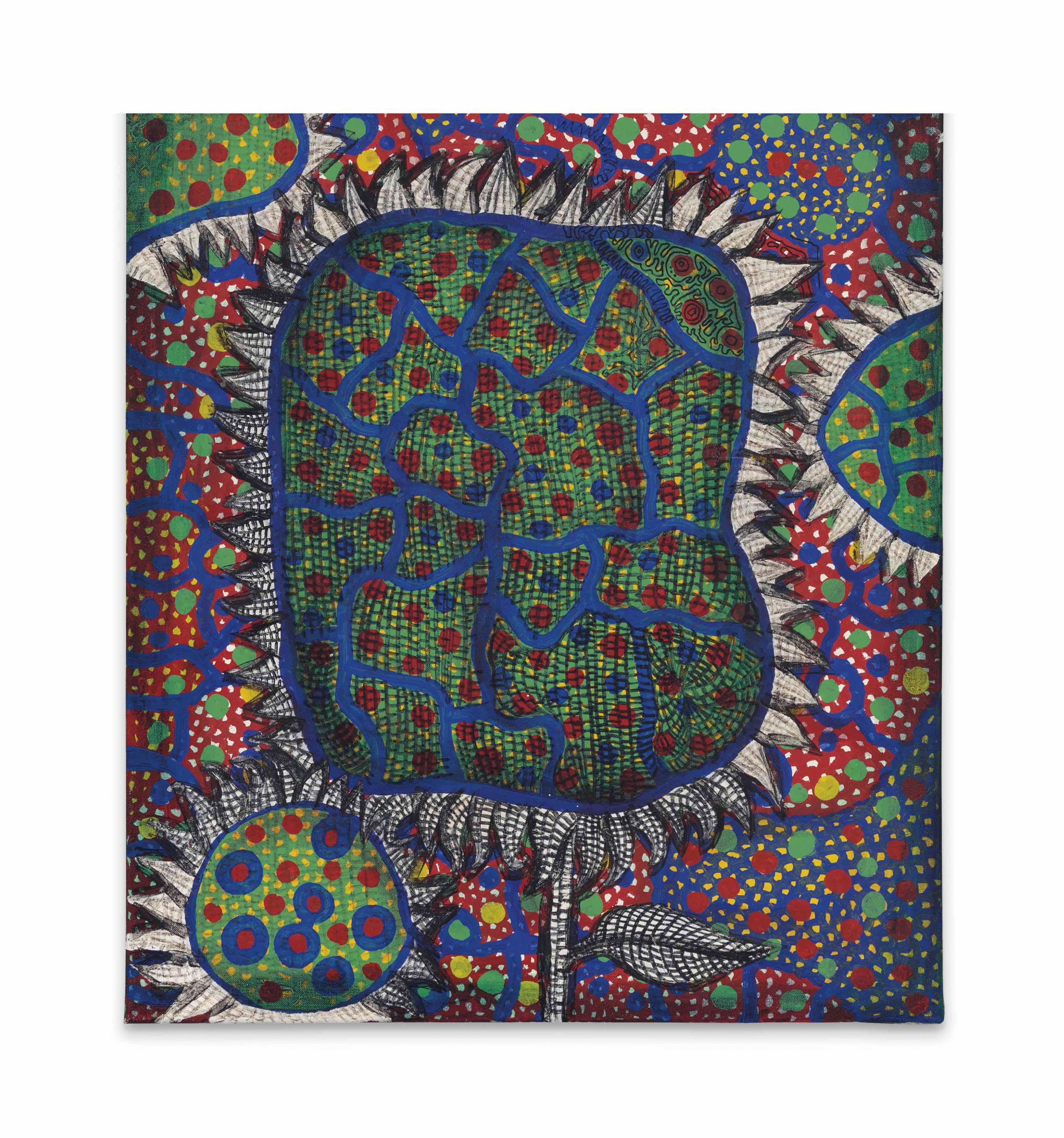 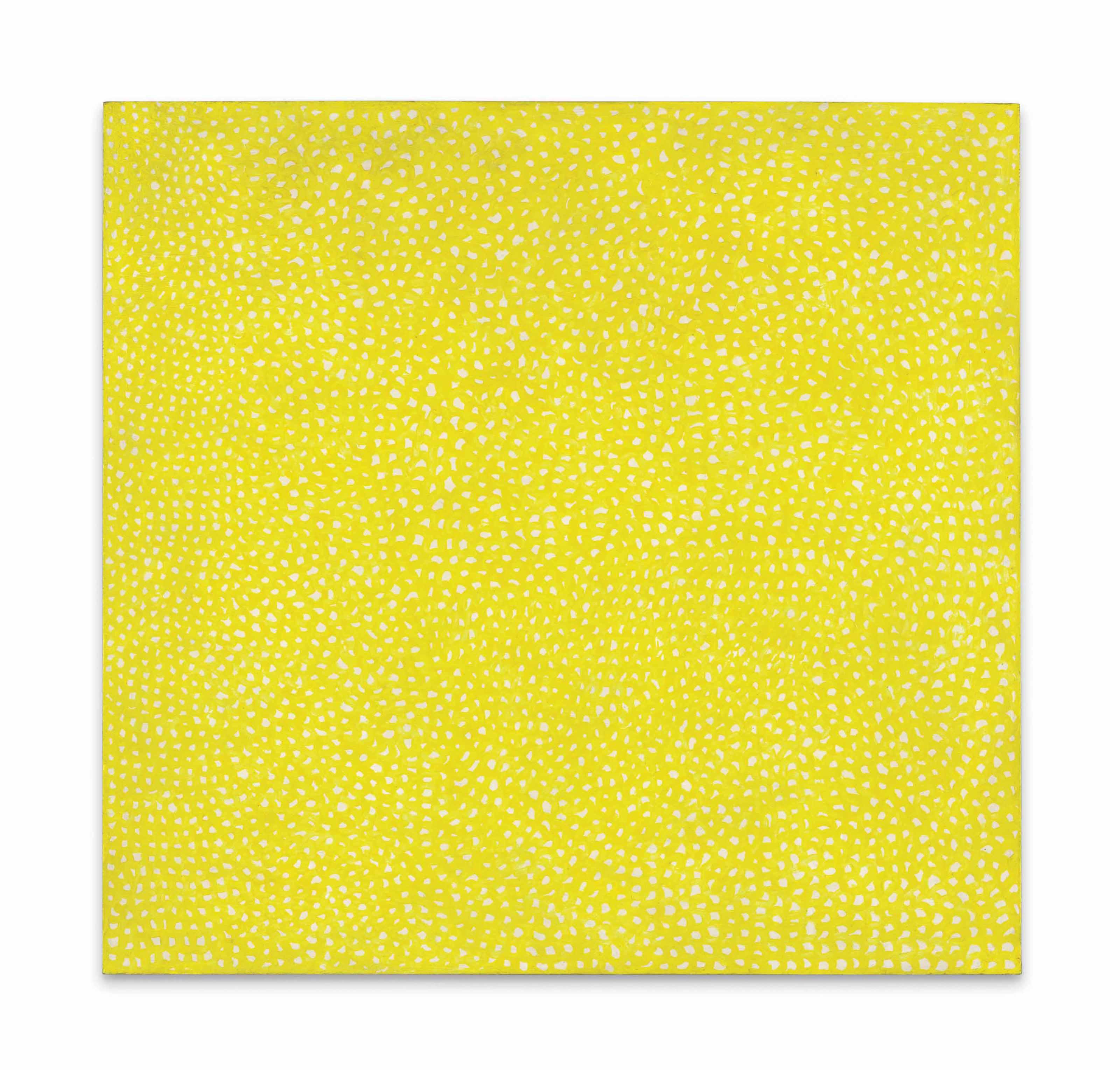 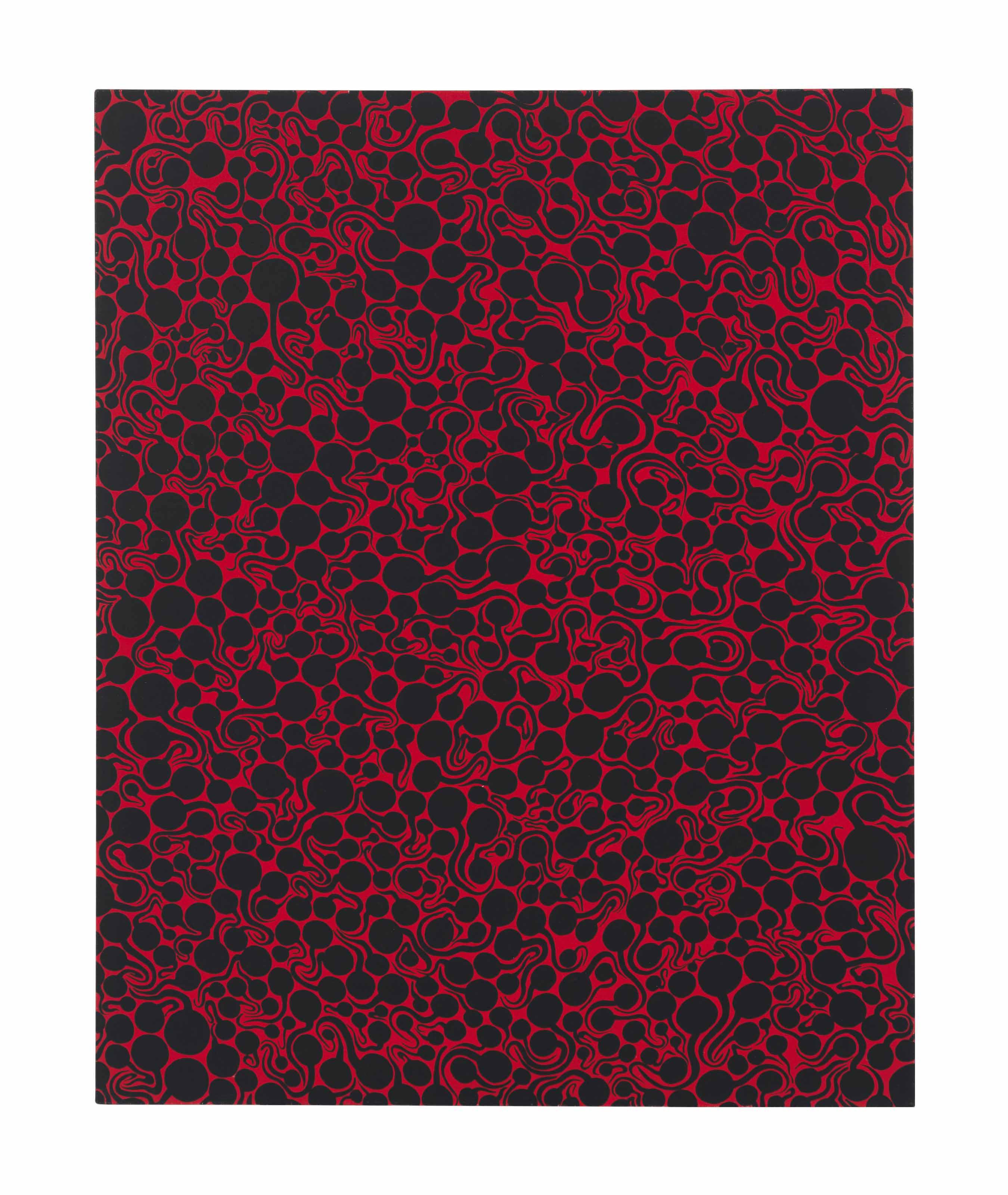 Consumed with her hallucinations, she began covering surfaces (walls, floors, canvases, and later, household objects and naked assistants) with the polka dots that would become a trademark of her work. The earliest recorded work in which she incorporated these dots was a drawing in 1939 at age 10, which depicts a Japanese woman in a kimono, believed to be her mother, covered in spots.

Overwhelmed by her parents’ “old customs and morals’ Yayoi Kusama left Japan at the age of 27 and moved to the United States. She first settled in Seattle but soon moved on to New York, the heart of what she loved. She quickly established her reputation as a leader in the avant-garde movement. During this time, she was overly productive, exhausting herself to the limit of hospitalization. By 1966, she was experimenting with room-size, freestanding installations that incorporated mirrors, lights, and piped-in music. Her closest friends were Donald Judd, Joseph Cornell and Georgia O’Keefe. She had a 10-year-long erotic but sexless relationship with Cornell, which is her only known romantic involvement. Despite using sex, nudity and abundance of phallic objects in her work, Kusama describes herself as asexual.

Forming a link between Abstract Expressionism and Minimalism, the “Infinity Nets” series earned her reputation in New York, when she first showed them in late-1950s. This series originated from visual hallucinations that she claims have haunted her since childhood. Her first disclosure about having hallucinatory episodes was in 1963, in an interview with the art critic Gordon Brown for WABC radio: “My nets grew beyond myself and beyond the canvases I was covering with them, […] They began to cover the walls, the ceiling, and finally the whole universe.” Another pattern Kusama had was having herself photographed with her new work, playing the role of both the subject and object. For Kusama, the body is a canvas and much of her work is based on identity or self-searching. Through the use of clothes, make-up, costumes, wigs, stereotypes and personas, Kusama both masquerades and promotes identity.

Since 1963, Kusama has continued her series of Mirror/Infinity rooms. In these complex installations, specially built rooms covered with mirrored glass and filled with neon or mirror balls, hanging on just lying around. A particularly notable mirrored installation is Kusama's "Narcissus Garden", first created in 1966 for the 33rd Venice Biennale. It consisted of hundreds of mirrored spheres that form a "kinetic carpet". As soon as the piece was installed on a lawn outside the Italian pavilion, Kusama, dressed in a golden kimono, began selling each individual sphere for 1,200 lire (US$2), until the Biennale organizers stopped her, which signifies her quirkiness greatly.

Kusama got associated with Andy Warhol, Jasper Johns and Claes Oldenburg in the early 60s and consecutively the Pop Art movement, which she influenced greatly. She became a fixture of the New York avant-garde and later embraced the rise of the hippie culture with its aspects of peace and free love. Kusama drew public attention when she organized performance art events, in which naked participants were painted with brightly colored polka dots. In order to protest the Vietnam War, she wrote an open letter to Richard Nixon offering to have vigorous sex with him if he would stop the Vietnam War.

Apart from dots, another recurrent figure in Kusama’s work is the pumpkin, which she also used in her iconic installation at the 1993 Venice Biennale. The pumpkin came to represent her alter ego, and she says she finds pumpkins comforting since she was a child and “visually humorous”.

In 1973, Kusama returned to Tokyo in ill health and withdrew herself from the New York art scene for a while. She wrote surrealistic literature deeply relating to her inner feelings and psychology. In 1977 she checked herself into the Seiwa Hospital for the Mentally Ill, where she eventually decided to stay permanently. Since then, she has been living at the hospital by choice, and continued to create with her studio only a short distance from the hospital in Shinjuku, Tokyo.

Kusama is often quoted as saying: "If it were not for art, I would have killed myself a long time ago." Kusama continues to produce and show in exhibitions worldwide. With long queues to see her work, she broke world records for selling the most exhibition tickets. She is also the second most expensive living female artist with the sale of “White No. 28” in 2014, at Christie’s New York, which sold for $7,109,000. Before that, In November 2008, again Christie's New York sold a 1959 white "Infinity Net" painting, formerly owned by Donald Judd, for US$5.1 million, then a record for a living female artist.

What is Yayoi Kusama known for?

Although a painter and novelist, Yayoi Kusama is more of an avant-garde sculptor who uses polka dots and mirrors in many of her art installations. She became world famous for her outdoor sculptural commissions, starting with Pumpkin, which she made for the Fukuoka Municipal Museum of Art in 1994. Since then, she has travelled around the world creating similar art installations. She did Tulipes de Shangri-La for Euralille in Lille, France in 2003; Hello, Anyang with Love for Pyeonghwa Park in Anyang, in Seoul, South Korea; and The Hymn of Life: Tulips for Beverly Gardens Park in Los Angeles.

What auction houses (and galleries) have sold Yayoi Kusama items?

Many of the paintings of Yayoi Kusama were sold for millions of dollars by Christie’s and Sotheby’s. The most expensive one is the 1960 White No. 28 infinity net painting that was sold in December 2014. As Kusama travelled the world for art installations and exhibitions, her work was noticed even more. Her famed masterpiece, Yayoi Kusama: Infinity Mirrors, was invited to the Hirshhorn Museum and Sculpture Garden in Washington, DC, the Seattle Art Museum, in Seattle, Washington, and The Broad, in Los Angeles, California. It will continue to the Art Gallery of Ontario, in Toronto, Canada and Cleveland Museum of Art in Cleveland, Ohio.

What is the price range of Yayoi Kusama items?

The ten most expensive paintings of Yayoi Kusama were sold between the range of $2.1 million and $7.1 million. Kusama has sold a lot of paintings over the years but her latest ones indicate how strong her following and her popularity has become. Her paintings and artworks are expected to increase more in terms of value in the years to come.

Aside from being a well-known for her paintings and art installations, Yayoi Kusama has also staged a performance and made a film about her. In her art performance, she walked the streets of New York wearing the traditional Japanese kimono with a black umbrella serving as a parasol. As she walks, she turns and cries without reason, then disappeared from view. On the other hand, the film she produced and starred is entitled Kusama's Self-Obliteration, which won prizes in different film festivals around the world.