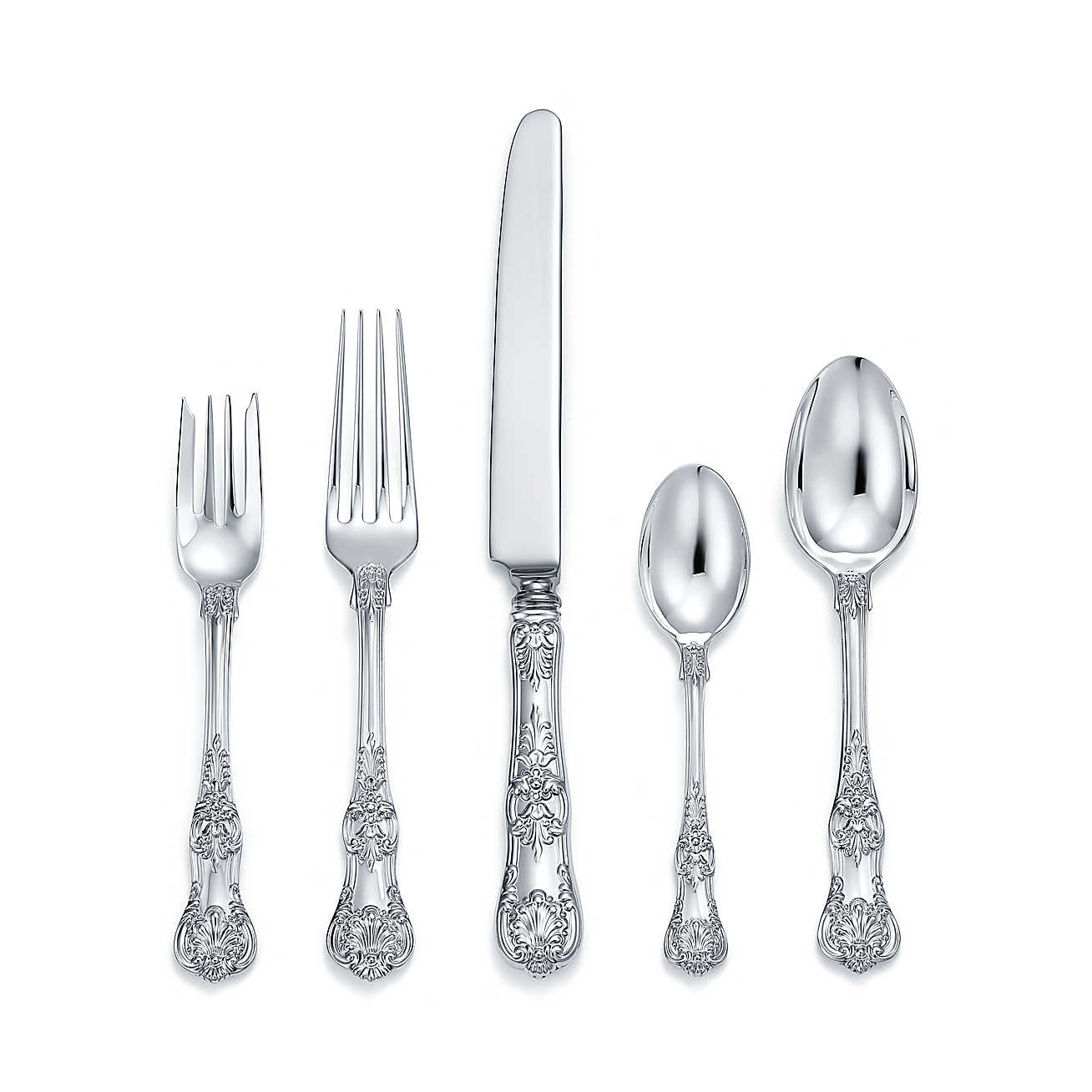 Communicate directly with a qualified Silver cutlery specialist and get a fair market valuation of your item, typically in 48 hours or less.
START APPRAISAL

Communicate directly with a qualified Silver cutlery specialist and get a fair market valuation of your item, typically in 48 hours or less.
START APPRAISAL

Silver cutlery, also known as silverware, is best known for its market value. The dramatic increase in value of silver cutlery is attributed to the precious metal content.

Since most homeowners have their own solid silver cutlery, you could be sitting on a pile of cash at home! The value of silver cutlery remains the same but even more so when it comes in a whole set and had been handed down from several generations.

Why Do People Have Silver Cutlery

As mentioned above, every home has its own collection of silver cutlery. It is part of the family history. In fact, most of the silver cutlery pieces had been handed down from one generation to the next.

It is typically brought out for important celebrations such as family gatherings or holidays. This is part of the reason why these items are considered of high emotional value – it is deeply embedded into the family’s history and traditions.

Another practical reason to invest in silver cutlery is due to its antiseptic properties. Hence, silver is used for cutlery as it is the safest metal to come into contact with food. Its toxicity level is also not of the same level as other types of metal.

What Type of Silver is the Cutlery

When you say pure silver, it refers to 99.9% silver. It is a very soft material and is commonly used for jewelry. Like gold, it can be dented easily. It also does not tarnish easily even when exposed to air.

Pure silver is never used to make cutlery. It is either sterling silver og silver plated. Watch out for german silver

On the other hand, there is sterling silver, which is made up of 92.5% silver and 7.5% of other types of metals (mostly steel, iron, or copper). The main disadvantage of using sterling silver is its sensitivity to water and air. However, combining with other precious metals can make sterling silver hold its shape. It can also reinforce its durability.

How Big is Your Set Of Cutlery?

There are many pieces that make up a silvery cutlery set. As mentioned earlier, having the different pieces together in a set will significantly increase its value in the market. The set is divided into 12 knives and 12 matching forks.

A traditional cutlery set comes with a table fork that is a four-pronged fork often used together with a spoon or knife. Originally, silver table knives were produced differently from other types of spoons and knives. However, a complete set of silver cutlery will usually include one piece of this.

Another important piece that is included in a cutlery set is serving spoon. This one is larger in size from the tablespoons because it is used as a serving instrument. Other pieces found in a cutlery set are serving instruments (such as salad claws and cake servers) and dessert cutlery (smaller scale versions of the tablespoons and table forks). In terms of style, it will vary from one set to another.

How Much Does It Weigh?

What Does it Mean on the Back of My silverware (Hallmarks)?

The hallmark can be the single most important factor that can boost the value of your antique silver flatware. A hallmark refers to the unique features or details that certain manufacturers incorporate into the design of their silver cutlery. This can be a unique crest or stamp, or perhaps maker’s mark. This is believed to lend a certain level of prestige that would make the pieces highly sought after in the market. Depending on the manufacturer and type of hallmark, it can make your set really expensive.

Taking pictures of your silver cutlery is highly important when you are selling your silver cutlery online. When taking pictures, focus on any significant details such as hallmarks or stamp marks from the manufacturer. These are the factors that add value to the silver pieces. Thus, you want to be able to showcase those details when you upload your images. Use the macro settings on your camera to capture close-up images of details you want potential buyers to notice or know about.

How to Prepare Your Cutlery For a Valution

When taking your cutlery set for valuation, you need to prepare it in order to get the highest possible appraisal. Polishing your silver before valuation is generally not recommended. You might be tempted to do this especially when the tarnish has obscured the stamps. However, using any chemical polish will tarnish the factory-applied finish to your silverware. This will significantly reduce the estimated value of your silver cutlery. Use a polishing cloth instead.

Tarnish is not a problem with silver cutlery as it can be easily polished. Some minor scratches or “dings” shouldn’t be a problem, too, as it is to be expected especially with vintage pieces.

Where can I sell my Silver cutlery?