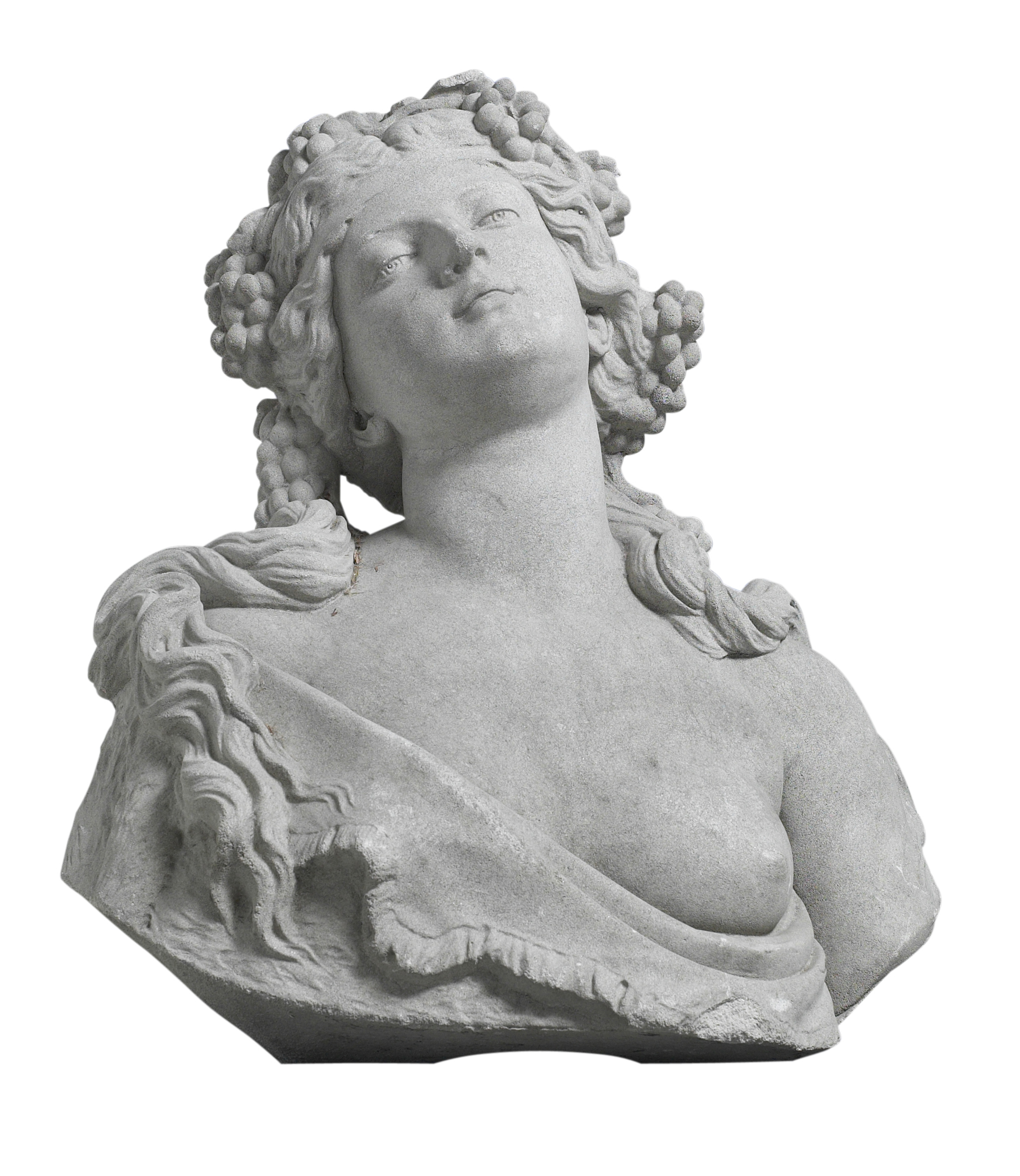 Have your Sculptures appraised online by a specialist.

Sculpture is defined as a medium of art that exists in 3 dimensions. Sculpture is considered a “plastic art,” meaning it involves the physical manipulation or moulding of a plastic medium, or a medium that can be carved or shaped such as wood, ceramic, stone, concrete or glass. The process of creating sculpture can be divided into two categories: reductive, where material is taken away from the original volume to reveal the finished product (like stone or wood carving) and additive, where material as added to itself or other material to create a finished product (like in clay/ceramic sculpting or merging metal).

The medium of sculpture began out of necessity. The first examples of pottery were created for cooking and food storage. As time progressed and man’s immediate needs began to be met with more ease, sculpture evolved into an art. Sculpture is central in religious culture and expression. Before literacy was a standard skill, sculpture, along with other art forms, helped convey religious and civil concepts. Sculpture, at its core, is a highly utilitarian and durable art form.

Sculptures 17 Nov, 2020
Ramses era horus statue
Carved from very hard and heavy stone, granite is my guess, measuring 34 cm tall. I was told this piece was found in the 1960s in the valley of the kings, and when I asked of the estimated date of creation I was told Ramses era was the sellers best guess. I was assured a refund if this statue is proven to be a reproduction so I hope that you can confidently asses the authenticity of this piece via the pictures I provide! Thank you kindly for your time!
Estimate: $50 - $100
Sculptures 9 Nov, 2020
Metal statue of classically dressed man and woman signed rancoulet.
Somewhere in the middle of the 60 years that our family spent in this house, this 21 inch high metal statue appeared on a small table in the living room. There it remained until now when the house is sold and it must be determined if it should be tossed or not. It never appealed to anyone in the family. My mother took an interest in it. A friend of hers who had experience in such art told her that it wasn't bronze (It does pass the magnet test; no attraction). Just in the past month I examined it closely enough to see the signature worked into the metal, "Rancoulet." I quickly found out the he was a "someone," a prodigious artist who turned out many sculptures in his short life. Most seem to sell for three figures, with a decent number making it to four figures. I don't know how it came to make it into our house. A good guess would be through my Italian grandfather who worked as a Prudential collector of life insurance premiums in LIttle Italy in Manhattan in the 20's. They moved out from Queens to be near our family in Nassau, which is east of Queens. The statue is attached to a round one inch wooden base, from which the dark brown coating is peeling off. The statue itself appears to have no significant damage, but is full of dust and needs a cleaning. There was a metal label on the front of the base, which I may have lost, which read [Rancoulet L' Union]. I found no reference to this title on the Internet. The s
Estimate: $200 - $400
Sculptures 3 Nov, 2020
Jacob epstein peggy jean
Artist: Sir Jacob Epstein Title: “Peggy Jean Looking Up” AKA “Fifth Portrait of Peggy Jean” Production Date: 1906-1910 Material: Cast bronze sculpture with black patina Provenance: Receipt for purchase By Douglas A West (my uncle after whom I was named) directly from artist signed by the artist for 75 Bp on 12/17/1934; inherited by his wife, Edith West, in the mid 50’s I believe. I’m guessing Edith died in 1977 as there is an appraisal by Bonham’s in London from 03/07/1977 at Bp770 (and Baby Asleep at 715 Bp). There is a Fine Arts Appraisers appraisal from 12/13/1993 following my father’s death in July 1993 for $10,000 (Sleeping Baby was valued at $20,000).Both 1993 appraisals were based on a 1963 book by Richard Buckle titled Jacob Epstein Sculptor which calls into question the legitimacy of these appraisals given that a 30 year old book was used as source reference material. There is a note in my mother’s hand, with no attribution, that “Peggy Jean” was valued at $7,500 and “Baby” $16,000 “in 2000,” the year she died, when my wife and I bought both pieces from her estate for $3,500 total. In 2011 we contacted Sotheby’s, hoping to enlist their help selling “Peggy” which They said would sell likely for $3000 which was their minimum value to accept so we decided to hold on and park Peggy in the closet. Dimensions: BASE: 7inx5inx2in at top; 8inx6inx2in at bottom, weight 8lbs 7oz SCULPTURE: 9inx8inx8in, weight: 12lbs 11.4oz COMBINED: 11inx8inx8in, weight: 21lbs 2oz
Estimate: $2,000 - $3,500
Sculptures 3 Nov, 2020
Round baseball shaped fossil with indentations of lines
Round ball shaped fossil. 2.5 lbs approx. 11.5" in circumference. Gray color, non magnetic. Line designs on it. Looks like a prehistoric baseball of sorts
Appraisal in progress
Estimate: $0 - $0
Sculptures 3 Nov, 2020
200+ year old nike figure carved from lava rock 2 1/4 by 4 inches
!n 1970's Dallas Museum of Fine Arts said it was museum quality and very valuable, and SMU Museum in Dallas said very valuable and probably German and to take it to the Los Angeles Museum of Fine Art to a Peter Fucose (wrong spelling). I asked if it was valuable enough to buy a condo and their answer was maybe. It was not practical for me to go to L. A. then. I inherited from an elderly aunt (born 1895) who had gotten it from a wealthy lady who was born in the middle 1800's. The lady gave it to my aunt for doing some favors for her over the years.
Estimate: $250 - $500
Sculptures 3 Nov, 2020
German sculpture
German male figurine made of concrete looks like a monk in robe holding sword and book 14 inches height
Estimate: $60 - $120
Sculptures 28 Oct, 2020
Antique japanese noh mask (metal)
Looks to be an antique Japanese Noh Mask. Approximately 11" in length and 8 inches wide. Materials used seem to be a mixture of metals. It has weight to it. Approximately, 4 to 6lbs. It appears to be unsigned but It looks to have the numbers 1826 on the inside. (See pictures) Possibly the date. It is very well done and detailed.
Estimate: $50 - $100
Sculptures 26 Oct, 2020
Lot of various wise men (sages) in the chinese tradition,soapstone,resin
Possibly Ivory, Soapstone, Resin,
Estimate: $200 - $400
Sculptures 14 Oct, 2020
"ruth" by erna weill - a bust sculpture
Erna weill - a bust from the 1970's , bought directly thru a charitable auction. On a dark walnut? base approximately 13 - 15" high .
Estimate: $500 - $1,000
Sculptures 12 Oct, 2020
Alaska walrus ivory
Walrus ivory, 7 pieces with proof of purchase.
Estimate: $1,500 - $3,000
Sculptures 11 Oct, 2020
White stone sculpture anne london
White stone don’t know what stone, marble? 39cm height (without the black base) 23cm at widest point
Estimate: $800 - $1,200
Sculptures 3 Oct, 2020
Transvestite by helaman ferguson mathematics in stone
Page 52 ,53 of his book 20" x 20" x 12" Stone
Estimate: $2,000 - $4,000
SEE MORE

Do you want to sell your Sculptures?

How much is my sculpture worth?

Like almost all works of art, great value and emphasis is placed on the maker and the rarity of the object. Size, material, and age can play some role, but with the market trending towards an emphasis on 20th century and contemporary pieces, the artist will be the greatest determinant of value.

Where can I sell my sculpture?

Reputable auction houses have teams of specialists that can confirm the authenticity of your sculpture, and large client bases that can potentially fetch you the largest price for your important work. For modern and contemporary pieces, there should be complete or nearly-complete provenance (list of previous owners) for each piece to bolster the likelihood of the piece being genuine. Sculptures from earlier periods might have been included in art historical publications and their authenticitity might be traceable through research.

What are the different kinds of sculpture?

In-the-Round- also described as free-standing sculpture, such as statues, are not connected to any surface (except traditionally at a base). Free-standing sculptures, particularly from earlier eras, are made from durable materials and have therefore survived the test of time, but not without casualties. Most ancient and classical sculptures were painted, but where stone stood strong, paint chipped away. This led to centuries of aesthetic interest in white marble sculpture.

Kinetic- sculpture that depends on motion for effect.

Cast- Casting is the process of pouring a liquid material into a mould containing the hollowed out cavity in the desired resultant shape.

What are the most popular materials for sculpture?

Sculptures from the Classical periods were usually made from the most durable materials like bronze and other metals. Other popular and durable materials include stone, like marble, wood, bone and clay. Precious materials such as gold, jade and ivory were used for smaller, more luxurious works.

Sculptures were often painted using a variety of techniques including tempera, oil, and enamel. Some sculptures were even decorated with gold leaf.

More contemporary sculptors like Picasso or Duchamp often incorporated found objects into their sculptures. Duchamp, in particular, invented a new type of sculpture called the “readymade” when he used found objects to exclusively construct his works.

Can sculpture serve a utilitarian purpose?

Sculpture at its origin was pottery for early populations to cook and store food. The tradition of utilitarian sculpture continues today and can be quite valuable. Vases, chandeliers, and tableware, depending on the maker, condition, and materials can be both collectible and valuable.

What is the most expensive sculpture ever sold?