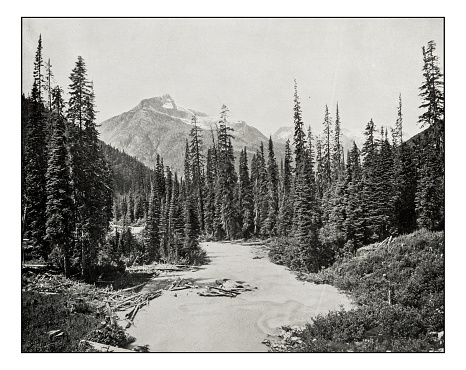 Have your Photography appraised online by a specialist.

Photography 4 Dec, 2021
Grease poster
Poster signed by different people. Hard poster material not exactly sure the exact material. Bottom part of poster is taped to another paper in the back.
Estimate: $50 - $75
Photography 17 Nov, 2021
I have a bunch of photographs from the War with Hitler and Einstein some date that from 1946
The pictures are in black and white or in great condition they are dated on the back with a stamp just wondering if they are worth any money or not they are like 8 by 10 pictures of different ones
Estimate: $20 - $60
Photography 25 Oct, 2021
Andy Warhol set of 2 polaroids
Polaroid photo. Size is 4.13/3.3 inch
Estimate: $1,000 - $2,000
Photography 28 Sep, 2021
Negative from war11
A negative of the bomb droped on nagaski and the old Bible it was kelp in
Estimate: $10 - $100
Photography 26 Sep, 2021
Wollensak 8mm Model 23 Turret Roll Camera - Vintage Movie Camera -
his Wollensak Model 23 8mm turret roll camera was made in the USA for the Wollensak Optical Company of Chicago. This is a heavy camera (weighs almost 2-1/2 pounds) and features a rotating lens, attachable wrist strap and comes in it's original box. Dating to the 1950s
Estimate: $150 - $250
Photography 31 Aug, 2021
Fenway Park "Centerfield" May 1939
Fenway Park "Centerfield" May 1939 Measurements: 5 ft long 40 inches wide small damage on the right side
Appraisal in progress
Estimate: $0 - $0
Photography 14 Aug, 2021
Signed Celebrity 1980 head shots
Evilest Knievel Robin Williams, Johnny Carson,Candice Bergmen Ted Dansen Donald Trump Ed Asner and many more!
Estimate: $100 - $700
Photography 6 Jul, 2021
Edwin E. Aldrin Jr. Signed Nasa Photo
Edwin E. Aldrin Jr. signed 8x10 Official Nasa Photo Apollo 11. Slight water damage to bottom right corner as shown in photo.
Estimate: $50 - $120
Photography 6 May, 2021
Morris Rosenfeld 17 x 20 Vanitie
17 x 20 Black and White Morris Rosenfeld of the 1914 America's cup defender Vanitie. Taken in 1914, stamped on back with two stamps, one Copyright Morris Rosenfeld, N. Y., the other MORRIS ROSENFELD PHOTOGRAPHIC ILLUSTRATOR 116 NASSAU STREET, N. Y. Phone BEekman 3-4970 (all this is inside a rectangle) below this is the stamped number 1357 with a ink - S Note that there is not a raised name in the lower right corner that I've seen on other Vanitie prints.
Estimate: $1,500 - $2,500
Photography 5 Apr, 2021
Antique RPPC of 6 WWI British Soldiers in France Posing While Smoking Pipes
This is an old postcard found in old box of odds and ends held by my grandparents. It is 3.5" x 5.5" and has no creases or tears. We think this might be valuable due to the unusual fact that all of these soldiers have a pipe in their mouth. These quotes explain why they all smoke pipes... "It might almost be said that a man in the firing line first thinks of his cartridges and the very next thing he seems to worry about is ammunition for his pipe. The pipe itself is only less precious than the rifle."--(the British trade journal 'Tobacco,' 1914) In 1916 Lieut-Colonel Henry Paul Treeby, Commandant of the East Surrey Depot, stated, "Tobacco is not so much a luxury as an actual necessity to our men at the front." General John Joseph “Black Jack” Pershing, Commander-in-Chief of the American Expeditionary Force, proclaimed in 1917, "You ask me what we need to win this war. I answer tobacco, as much as bullets." I wasn't quite sure to categorize this real picture postcard under "Militaria" or "Photos." I do hope I chose the correct topic. If not, could you please forward to someone who know about these sort of items? Thank you!! Looking forward to what you can tell us about this. --Mike
Estimate: $15 - $30
Photography 28 Mar, 2021
David Goodnow photos?
5 are 20" x 16” and 10 are 14” x 17"
Estimate: $200 - $400
Photography 16 Feb, 2021
16" X 20" Photo of mine
Just idea what it might be worth?
Estimate: $10 - $15
START APPRAISAL

Mearto offers two opportunities to sell your Photography based on its current fair market value:

Customers with Photography expected to sell for $5,000 or more can take advantage of our complimentary Consignment Concierge service. We will contact leading auction houses on your behalf, collect offers and help you negotiate the terms of a consignment agreement. There is no additional fee or commission for this service.

For customers with Photography valued between $50 and $5,000, Mearto offers an exclusive Marketplace, which is accessed by a number of art, antiques and collectibles dealers around the world. If there is interest in your item, you will be contacted directly with offers through our platform. In the event of a successful sale, Mearto takes a 7% transaction fee.

To learn more about options for selling your Photography through Mearto, please click here.