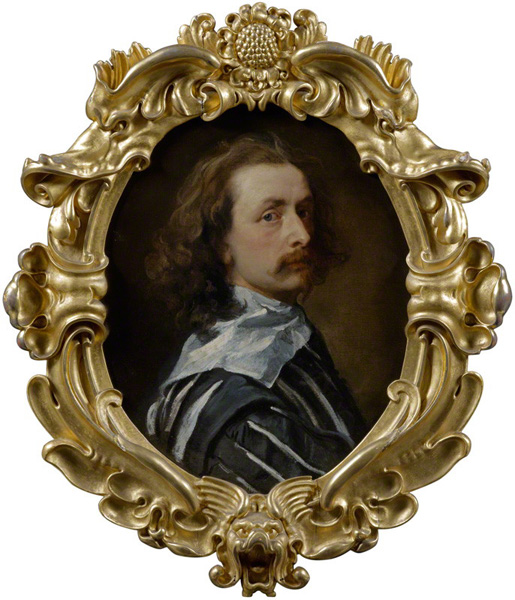 Have your portrait paintings appraised online by a specialist.

How much is my portrait painting worth?

Have you recently inherited or purchased a portrait painting and want to know its value? Mearto provides quick and affordable online appraisals of portrait paintings. All you have to do is click on the “Start Appraisal” button above and follow the steps to send us information about and images of your portrait painting. One of our qualified and experienced specialists will review and get back to you with a fair market and insurance value, typically within 48 hours. Have questions about the valuation provided, or would you like some advice about selling your portrait painting? We are here to help! Our platform allows you to chat back and forth with a specialist to ensure that all of your questions are answered.

What is a portrait painting?

Portrait paintings belong to a genre of painting that depict the human figure in part or whole. The term portrait painting can also be applied to the object itself. Portraits can serve as private or public records of state or genealogy. Portraits were often luxury items, acquired by commissioning an artist to paint a portrait to the specificities of the “sitter,” or subject of the painting. Because of this, portraits tended to record the likeness of the wealthy and politically important.

A well-executed portrait should not only convey the likeness of the sitter, but also the essence of the sitter. As art and time evolved, the psychology and individualization of portraits evolved significantly. In most cases, early portraits were rather serious and they became more and more evocative as artists began to explore and experiment with their depictions of people. Portraits are unique in that the details that are included in the portraits are as deliberate and as important as the likeness of the sitter. The manner of dress, the object that the sitter is holding, the background, and even the jewelry can be highly individualized and highly symbolic according to the personality and socio-economic standing of the sitter.

What are the most expensive portrait paintings ever sold?

Paintings can be portraits as long as the people that are depicted once existed in real life, even if they remain anonymous. With that in mind, the Card Players  by Paul Cezanne, that depicts two provincial peasants modeled by local farmhands known to Cezanne, sold for two hundred and fifty million dollars. Nafea Faa Ipoipo

(When Will You Marry?) by Gaugin depicts two anonymous Tahitian women among a tropical background and was sold for two hundred and ten million dollars.

There are many portraits that do not have the distinction of having sold for exorbitant amounts of money, but have garnered considerable fame nonetheless. The Mona Lisa, arguably the most famous and recognizable painting in the world, is a portrait of the wife of a merchant painted by Leonardo da Vinci. Gustav Klimt’s Portrait of Adele Bloch-Bauer I inspired several films including the 2015 film Woman in Gold, which detailed the painting’s journey from being stolen by the Nazi regime to finally being returned to the decendants of the original owners. In June 2006 the Portrait of Adele Bloch-Bauer Iwas sold to Ronald Lauder for $135 million, at the time a record price for a painting. The painting now hangs in the Neue Gallery in New York City.

As with most art, value really depends on the artist, provenance, and condition of the work. There are many active beginning and mid-career artists who, like their predecessors, take on portrait commissions from paying patrons. Portraiture has even expanded to include a new category referred to as “pet portraits” where patrons commissions portraits of their pets, sometimes in vintage styles. Often these sorts of portraits can be obtained for nominal prices and hold more sentimental value than investment value.

Are portrait paintings still relevant in the age of photography?

As mentioned above, portrait painting is still an active art form. The primary purpose of painting portraits has certainly changed from being memorials, family records, and symbols of status, but they are still sought after as gifts or mementos of special occasions. Painted portraits are often made from photographic images supplied by patrons. Even in an age where photography can faithfully capture the details of everyday life, photography has actually helped portrait painting evolve from hours of patient modeling by sitter to rendering an exact likeness without the need for models.

Mearto offers two opportunities to sell your portrait painting based on its current fair market value:

Customers with portrait painting expected to sell for $5,000 or more can take advantage of our complimentary Consignment Concierge service. We will contact leading auction houses on your behalf, collect offers and help you negotiate the terms of a consignment agreement. There is no additional fee or commission for this service.

For customers with portrait painting valued between $50 and $5,000, Mearto offers an exclusive Marketplace, which is accessed by a number of art, antiques and collectibles dealers around the world. If there is interest in your item, you will be contacted directly with offers through our platform. In the event of a successful sale, Mearto takes a 7% transaction fee.

To learn more about options for selling your portrait painting through Mearto, please click here.