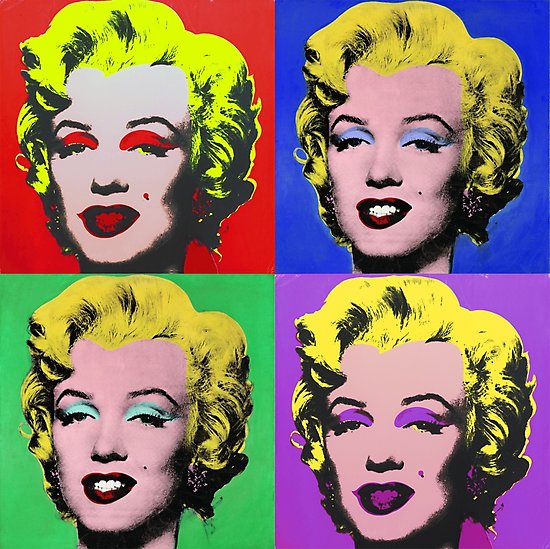 Communicate directly with a qualified Pop art specialist and get a fair market valuation of your item, typically in 48 hours or less.
START APPRAISAL

Communicate directly with a qualified Pop art specialist and get a fair market valuation of your item, typically in 48 hours or less.
START APPRAISAL

Pop Art is in American and British art movement that emerged in the 50's, when a group of artists felt that the concepts expressed in traditional'' high art'' were no longer representative of their everyday life and their surroundings. Instead they turned to sources like mass media, pop music and Hollywood for their vivid imagery, further exploring the notion that there's no hierarchy in culture and art may borrow from any source. The basic idea behind pop art was to diminish the gap between subject and object or art and life that abstract expressionism had created and transition into a form of art with instant meaning. Pop Art can take many shapes and forms, from collages and paintings to prints and installations.

The term ''Pop Art" was first coined in the late 1940's in Great Britain when artists of the ''Independent Group'' started appropriating images found in popular American magazines as part of their critique of British society. However, the first artist who tried to break the boundaries between art and real life was Marcel Duchamp, who declared in 1917 that any object, including his notorious example of a urinal could qualify as art if the artist intended it as such. The Independent Group built on this particular notion. Aiming to capture the numerous social changes taking place around them, they held an exhibition in London called ''This is tomorrow'' in 1956, where Richard Hamilton displayed his famous collage ''Just what is it that makes today's home so different? So appealing?''. The image features a semi-nude man in a modern apartment with a Tootsie Pop wrapped around his waist. Some of the most famous artworks of the British pop movement include Eduardo Paolozzi's collage of a seductive woman holding a gun which has been fired and says ''POP!'' in a cartoonish way, Gerald Laing's portrait of Brigitte Bardot showcased within a thin black circle and Patrick Caulfield's paintings of widely distributed propaganda posters, particularly those of the Soviet Union.

In the United States, pop style marked a return to representational art and the use of hard edges and distinct forms, gradually becoming more concerned with impact, medium and style.. By using mundane, vibrant imagery, pop artists rebelled against the strict formalism advocated by many schools of modernism. Artists like Jasper Johns, Robert Rauschember and Allan Kaprow made abstract paintings containing ''things the mind already knows'' such as flags, targets, handprints, letters and numbers. These artists were later grouped in the movement known as Neo-Dada, a movement that preceded the now classic New York Pop Art of Roy Lightenstein, Claes Oldenurg, James Rosenquist and Andy Warhol that emerged in the 60's. Once the transition from Neo Nada to the Pop movement was made, the focus was shifted from found-object construction to popular culture. Some of the most iconic works are Andy Warhole's series of Campbell's Soup Cans paintings and Roy Lichtenstein's reproduction of the comic book All American Men of War.

Contrary to  popular belief, pop artists didn't necessarily embrace consumerism culture and mass marketing practices by using them as their muse, but rather sought to reflect on society's values and inclinations. Thus, they focused on the preoccupation most Americans shared for food cars and romance. This was achieved through brash or satirical imagery with strong visual impact. If anything, Pop art was the post-war expression of a world mainly preoccupied with materialism and celebrity worshiping. Andy Warhol's Golden  Marilyn Monroe showcasing the Hollywood starlet as a Byzantine Madonna reflects on our inability to see behind beauty and glamour and our tendency to idolize celebrities up the a point of fanaticism. But most critics didn't see any value in that, often denouncing it for its low-brow focus. Rosenberg, one of the most influential art critics in the field of contemporary art, described it as being ''Like a joke without humor, told over and over again until it begins to sound like a threat...Advertising art which advertises itself as art that hates advertising''. But then again, with what should art concern itself, if not with the society it comes from?

Perhaps the most recognizable style of modern art, Pop Art is both the predecessor and the muse for most of the contemporary art we enjoy today. By capturing the colorful and kitsch aesthetics of Pop Art with immersive installations, in-your-face paintings and larger-than-life sculptures, several iconic artists continue to keep the movement alive. Best known for experimenting with color, scale and material to craft glossy polychromatic sculptures of pop culture icons, balloon animals and ballerina figurines, Jeff Koons is one of the artists who managed to capture the initial kitsch and intrigue for commercialism that characterized Pop Art. His medium of choice is tough steel, but he also works in polyethylene, porcelain and even plants. Another  influential figure in contemporary Pop Art is Alex Katz, who not only finds inspiration in Pop Art but actually played a crucial role in pioneering the movement. Kats continues to create his large-scale oil paintings today, as well as sculptures, installations and prints. And  let's not forget the iconic Japanese artist Yayoi Kusama and her immersive environments and visually inventive installations such as textured drawings, stand-alone sculptures and the widely popular Mirror Room series. Initially associated with New York City's abstract expressionists, the artist shifted towards  pop art style.

The Value Of Pop Art

Where can I sell my Pop art?