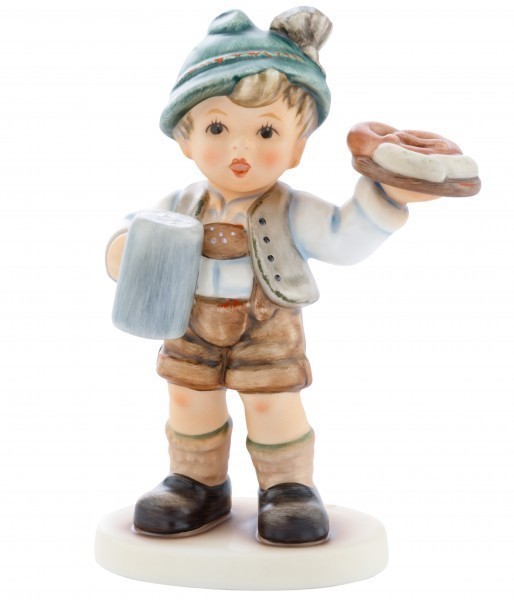 Have your Hummel figurines appraised online by a specialist.

Hummel figurines are the beloved addition to the home for decades. They are also accompanied by rich history, which makes them highly sought after by passionate collectors.

The earliest manufactured rare Hummel figurines were released into the market in 1935. However, they remain highly popular today and even manage to cost a hefty amount in public auctions.

Aside from the fact that they are pleasant to look at, these porcelain figurines are also highly valuable.

You can still find modestly priced Hummel figurines. But for the exceptional ones and rare Hummel figurines, they could end up costing up to thousands in dollars! Some have even registered a sale of up to $5,000! If you own one at home and you are thinking about selling these antique collectibles, you need to educate yourself about the Hummel figurines value.

If you are wondering though what makes these figurines so expensive, it is the fascinating history behind them. Its history began in Bavaria during the early 20th century. A Bavarian nun, Berta Hummel, dabbled in art during her stint in the religious order. Her creations depicted children with rosy cheeks. Her fellow nuns have seen her work and encouraged her to begin selling them. Franz Goebel, who was a director of a German pottery company during that time, noticed the success of the nun’s creation. The two agreed to collaborate to transform her paintings and create ceramic pieces. Since then, the Hummel figurines were on display at the Trade Fair and became a household name not just in Europe but in various parts of the world.

In addition to its history, the reason why the figurines became hugely successful was because of its superior craftsmanship. All of the figurines that have circulated in the market have different authenticity markings. You can look for these when buying or selling your antique pieces and get the most value for them.

What to Look For When Buying Hummel Figurines

Despite it being over a century ago since the first Hummel figurines released into the market, the demand for them has remained consistently high. If you are searching for Hummel figurines ebay has to offer, it is important to know what characteristics to look for so you can get the best value for your investment.

Below are some of the characteristics that you need to evaluate when you buy or sell Hummel figurines:

When looking for rare Hummel figurines online, it is important that you buy only from trusted and reputable dealers. You can find shops like eBay wherein you can get a money back guarantee and support for your order. There are a few rare pieces that are available for purchase via eBay such as the Hummel “Umbrella Boy” (valued at $1,100), the Hummel 12-inch Figurine Little Fiddler (valued at $299), or the Hummel Goebel She Caught It! Figurine (valued at $249).

Based on auction sales, there are a few more rare figurines coveted by collectors for their high market value. The ‘Ring Around the Rosie’ was sold at an auction in 2013 for up to $1,300. Meanwhile, the ‘Apple Tree Girl’ figurine is one of the most expensive pieces from the antique Hummel figurines in the market valued at $8,000 (with a realized price of about $4,000). For those who are keen to buy both the ‘Apple Tree Boy’ and ‘Apple Tree Girl’ figurines together,  expert appraisers would value them together for $26,000.

As one of the most beloved novelty figurines in the market, you can expect that their value will increase over time. The rarer pieces will also be higher in demand. Therefore, it is important to authenticate the antique pieces you get so you can get the best price for it (if you are selling), or get your money’s worth (if you are buying).

Before you even delve into the Hummel figurines price list, it is important to start with the most important step: authenticating the antique item. No matter how good the condition of the item is, it won’t be worth much unless it is authentic!

Apart from the very small figurines, you can use the following to identify and authenticate Hummel figurines value in the market:

When all else fails, look for an antique appraiser with expertise on Hummel figurines to get your items looked at.

Do you want to sell your Hummel figurines?