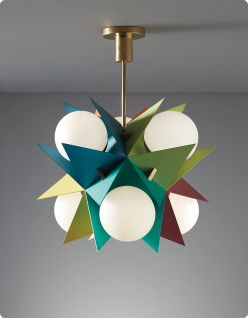 Communicate directly with a qualified 20th Century Design specialist and get a fair market valuation of your item, typically in 48 hours or less.
START APPRAISAL

Communicate directly with a qualified 20th Century Design specialist and get a fair market valuation of your item, typically in 48 hours or less.
START APPRAISAL

20th century modern and contemporary design is increasingly in demand by collectors worldwide. The prices have increased consistently and some unique pieces fetched astronomical prices at auctions, which begs the question: How are design objects valued?

The timeless design and impeccable craftsmanship in modern armchairs, sofas, and tables make them highly sought after both by traditional collectors and the younger generation. Materials such as warm wood, rattan, and luscious leather bring life into the early modern and mid-century furniture.

Whereas contemporary design furniture is popular due to its fine art-like sculptural form. Finding a 20th-century design appraiser can be tricky. If you have a design object and are curious about the market value, Mearto puts you in contact with appraisal specialists who make an assessment and determine the price of your 20th-century Design objects.

Design is without a doubt one of the rising categories in collecting and also selling in auctions. Especially the younger generation begins to collect design because it is also a useful object like a shelf or chair.

How to determine the value of design

Design pieces especially furniture are mostly industrial design and so often pieces which are produced in higher numbers. We have to difference early pieces from later piecer or copies of an successful design. Other pieces like glass or objects in a lower number are signed or stamped.

What to look for when appraising design

Is it a replica or an original

Look for papers or documents. When was is bought and is there a guarantee or some papers. Images of the technical details especially with design furniture could clarify if it is a later remake.

Where can I sell my 20th Century Design?