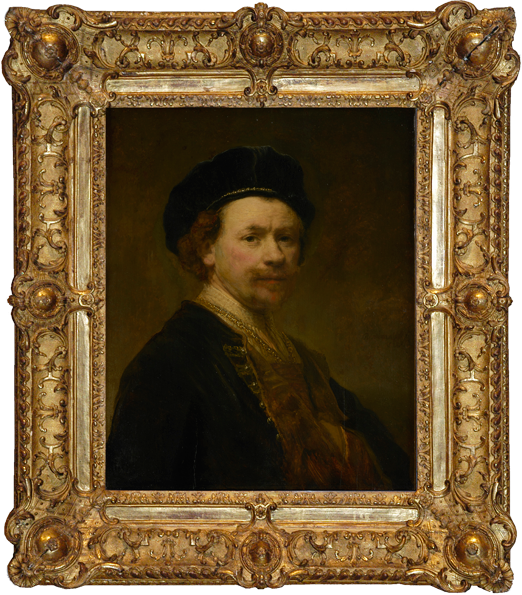 Have your European art appraised online by a specialist.

How much is my European art worth?

Have you recently inherited or purchased a work of European art and want to know its value? Mearto provides quick and affordable online appraisals of European art. All you have to do is click on the “Start Appraisal” button above and follow the steps to send us information about and images of your European art. One of our qualified and experienced specialists will review and get back to you with a fair market and insurance value, typically within 48 hours. Have questions about the valuation provided, or would you like some advice about selling your European art? We are here to help! Our platform allows you to chat back and forth with a specialist to ensure that all of your questions are answered.

What is European art?

The classical Classical European art period is usually dominated by two camps: the Greeks and the Romans. The ancient Greeks and Romans developed during similar time periods, but Roman art was heavily influenced by the Greek. The ancient Greeks had many great painters, potters and sculptors. According to what work survives, the rate of development of these crafts was very high. This progression is seen most immediately in sculpture. The most popular themes seen in ancient Greek marble sculpture were Greek gods and goddesses and the male nude (often as athletes).

There are no surviving examples of ancient Greek panel painting, though it is discussed by writers and philosophers of the time. According to Pliny the Elder, the ancient Greeks had so perfectly mastered realism that real birds tried to eat grapes painted on the panels. The best examples of classical Greek painting can be found on Greek pottery which is usually divided into the categories of red figure, black figure, and white ground.

The Romans repeated many of the same themes and even “copied” Greek sculptures, most of which no longer exist. As previously mentioned. The Roman were highly influenced by the Greeks, even adopting their own version of their polytheistic religion, but they also took inspiration from the Etruscans, who inhabited central Italy from 900 BC. Estruscan art was often made out of terracotta, a reddish is known for its distinctly stylized figures and ornately decorated funerary objects. Almost all of the surviving paintings from this era are coffin portraits. The other surviving portraits are generally found in the interior of homes, particularly famous are those found during the excavations at Pompeii and Herculaneum.

What are the most expensive works of Classical art ever sold?

In terms of sculpture, a piece entitled Artemis and the Stag, from the early Roman Imperial or Helenistic period was sold at auction for $28.6 million in 2007. It was the most expensive sculpture of the time.

Much of the artistic value from these eras are rooted in its surviving architecture and architectural elements. While panel paintings from these periods are few and far between, there are many objects, though they may be rare, that can be very valuable and collectible. Illuminated manuscripts, religious artifacts, altarpieces, and jewelry are all objects that can be prized collector’s items.

What are some tips for collecting art from the Classical Period?

The majority of surviving Medieval art has a distinctly religious focus, since the Catholic Church was the major patron of this time period. Much of the surviving art of the Medieval period consists of liturgical items including crosses, altarpieces, and illuminated religious texts. Christ Mocked, by Medieval Italian artist Cimabue previously hung above a hotplate in an open plan kitchen, sold at auction in 2019 for over $20 million, setting the record for the most expensive Medieval painting ever sold.

The Byzantine period occurred from and overlaps with the emergence of early Christian art. The Byzantine period also coincided with the iconoclastic period from 730-843, during which it became a standard practice to destroy icons and other figures. From 843 until 1453, there is evidence of  a clear Byzantine art tradition that consists of influence from the Eastern Roman Empire; including content from both Christianity and Greek mythology. The best known elements of Byzantine art are found in their monumental frescos and glittering mosaics, most of which did not survive after natural disasters and the conversion of Byzantine churches into mosques. Most of the painting from this era is confined to manuscript illumination and frescoes. Byzantine art is also rich in religious and imperial imagery.

The Romanesque period occurred from circa 1000-1100. This style was the first to make a consistent appearance across Europe. Romanesque art is vibrant and colorful; we begin to see the use of stained glass, which carried through to its peak in the Gothic era. Styles of manuscript illumination began to progress and distinguish themselves by region. Precious objects, usually of religious origin, were elaborate and made of precious metals and stones. The artisans of these objects gained fame and were highly revered.

Gothic style painting did not appear until the 12th century, due to its fluidity with the style of Romanesque style painting. Figures in Gothic style paintings are considerably more animated and were composed more freely in the picture environment than the stiffer depictions of the Romanesque era. Paintings through this period were made on panel. Canvas and linen paintings would not appear until the Renaissance. Gothic fresco painting continued many of the traditions of the Romanesque and functioned as a primary method of communication of messages and scriptures to the masses (as most people were illiterate). For those who were literate, mostly members of the clergy, surviving Gothic manuscript illumination represents the most complete record of the Gothic period. During the 13th century, scribes began creating prayer books, or the book of hours, for members of the laity.

The Gothic period is best known for its ornate architecture and stunning stained glass. The art of stained glass superseded the art of painting in importance until the 15th century.

What are the most expensive illuminated manuscripts ever sold?

The Gospels of Henry the Lion is a 266 page illuminated manuscript commissioned by the Duke of Saxony around 1188. It sold at Sotheby’s for $13,605,000 in 2014. St Cuthbert Gospel of St John is considered Europe’s oldest book, from the 7th-8th century and likely North England; it’s also one of the smallest surviving Angalo-Saxon manuscripts. It so are all old in 2012 for 14.3 million. Again from Northern England, the The Northumberland Bestiary was originally sold in 1990 through Sotheby’s for $5.8 million and then was bought again for $20 million in 2007.

European Art of the 14th-19th Centuries

The Renaissance (14th-16th century) was considered a turning point in art as Humanist schools of thought influenced art to express the perfection of humanity. Painting and sculpture (link to landing page on marble sculpture or sculpture page) during the Renaissance reached a new level of quality and realism with new techniques of perspective. Renaissance artists, particularly sculptors took a lot of inspiration from Greek and Roman art of the classical period.

The emergence of Baroque art (16th-17th century) is largely credited to the artist Michelangelo Merisi, better known as Caravaggio. Baroque art marks a significant aesthetic shift in painting, sculpture, and architecture. Key to the Baroque is a sense of dramatic movement, particularly in architecture and sculpture. Moving away from the Humanist ideals of perfection, Baroque painting embraces dirty, humble realism of the human condition, even if their religious subjects. Color palettes become darker and Caravaggio’s famous rich dark shading, or chiaroscuro, became the dominant taste.

Like the Baroque, Mannerist art is expressive, but moves away from both the dark palette and staunch realism of the Baroque. Mannerist art is marked by a rejection of classicism, vibrant pastel colors and elongated, almost fanciful figures. Mannerism was particularly prevalent in Florence, Italy producing exceptional painters such as Pontormo and Parmigianino. The most notable sculptors from this period, also based in Florence, were Benvenuto Cellini and Giambologna.

The Rococo period was a famously French movement, marked by opulence and decadence. The style began in France in the 1730s as a reaction against the more formal and geometric style of Louis XIV.  French Rococo furniture and architecture is perhaps even more well known than Rococo art. The liberal use of metallic leaf and bright pastels give the Rococo style an unmistakably opulent allure.

Perhaps the more popular and collectible kinds of European art comes from the 18th-19th centuries which spawned the Neoclassical, Romanticism, and Realism. Neoclassicism embraced elements of, you guessed it, classical art and architecture. Artists such as Jacques-Louis David and sculptors like Antonio Canova took inspiration from Greek and Roman histories and mythology to create masterworks that call back to antiquity. Romanticism, in turn, rejected Neoclassicism and formed a more emotionally charged artistic aesthetic. There was less of an emphasis on realistic rendering in favor of conveying emotion through the work. Romanticism boasts artists such as Goya, J.M.W. Turner, Eugène Delacroix, and William Blake. Paintings from this time period were also occasionally charged with the revolutionary sentiments of the time. Realism, or Academic art, is the synthesis of these two movements.

As the industrial era emerged, poverty and squalor rose. Realist art was a “revolution” against the optimism of Romanticism to expose the naked humanity of mankind. Artists such as Gustave Courbe, Édouard Manet, and Edgar Degas (both considered as Impressionists) were pioneers of the Realism movement.

What are the most expensive works of European art ever sold?

Despite the fact that the current market trends towards works from mostly the 19th centuries on, older European works still find their way to the market with great value. Though still entrenched in debate about the legitimacy of the attribution to Leonardo da Vinci, the portrait entitled Salvator Mundi was sold at Christie’s in 2017 for $450.3 million. Pendant portraits of Marten Soolmans and Oopjen Coppit by Remdrandt sold for $194 million in 2015 and are now jointly owned by the Louvre and Rijksmusem.

Can you really find a masterpiece in your basement?

Yes! Or maybe the attic. That was the case for a family in France who discovered a painting attributed to Caravaggio that had been forgotten in their attic. The version of Judith Beheading Holofernes was originally slated to go to auction expected to fetch in the ballpark of $170 million, but was sold privately before it was able to hit the auction block.

Mearto offers two opportunities to sell your European art based on its current fair market value:

Customers with European art expected to sell for $5,000 or more can take advantage of our complimentary Consignment Concierge service. We will contact leading auction houses on your behalf, collect offers and help you negotiate the terms of a consignment agreement. There is no additional fee or commission for this service.

For customers with European art valued between $50 and $5,000, Mearto offers an exclusive Marketplace, which is accessed by a number of art, antiques and collectibles dealers around the world. If there is interest in your item, you will be contacted directly with offers through our platform. In the event of a successful sale, Mearto takes a 7% transaction fee.

To learn more about options for selling your European art through Mearto, please click here.