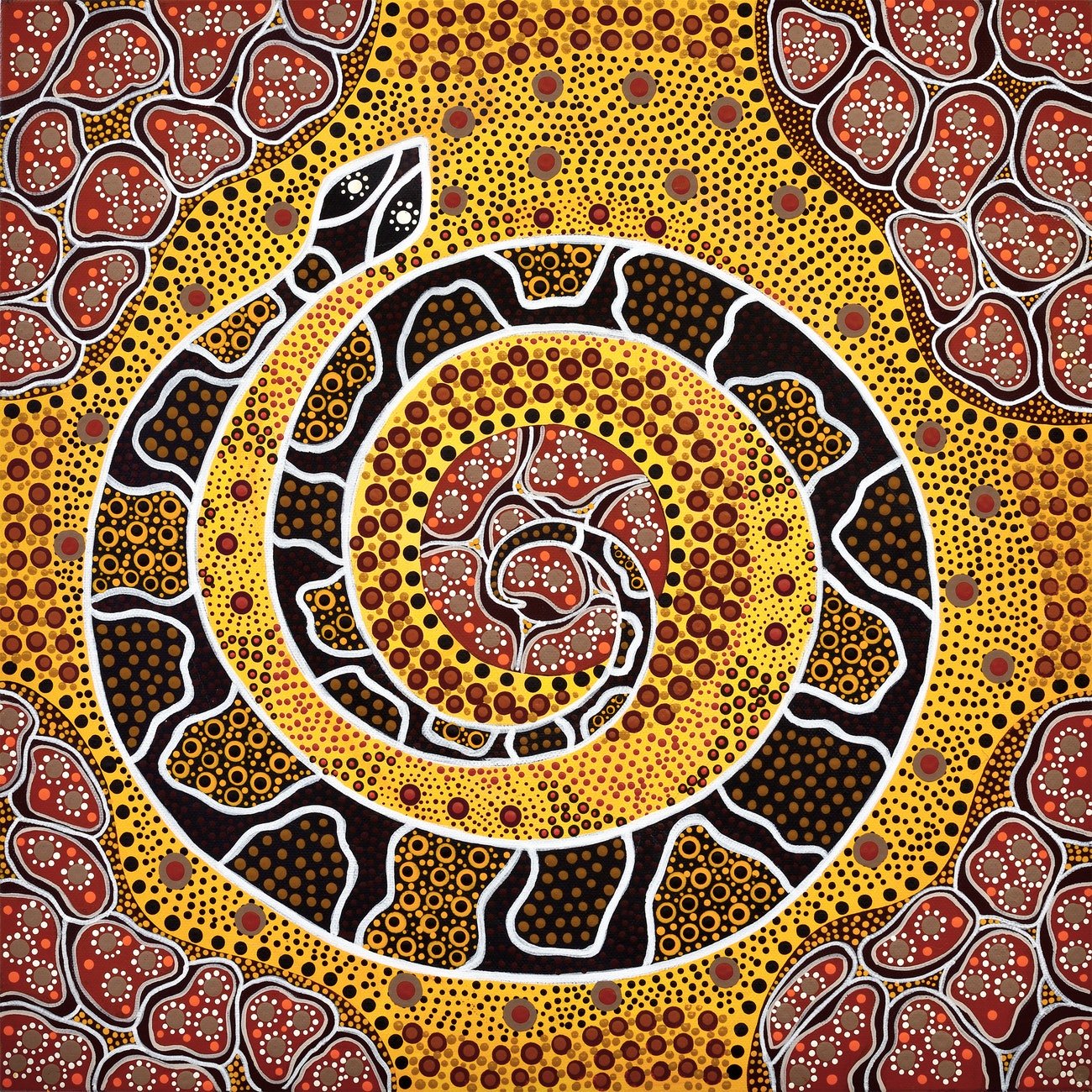 Have your Australian Aboriginal art appraised online by a specialist.

How much is my Australian or Aboriginal art worth?

What is the history of Australian and Aboriginal art?

As with much of the “new” world, Australia has a complicated history. The country’s culture was shaped for many thousands of years by indigenous people, then dramatically altered  by Western colonialism. Europeans first set foot on Australian soil in 1606, during the Age of Discovery. The first colony was established in present-day Sydney a century later. Westerners brought diseases that decimated the local population and there were a number of bloody conflicts between the colonists and the aboriginal (native) people. Aborigines struggled for equal rights throughout the 20th century and it would be naive to think that such deep-seated differences have been fully resolved today.

However, from this complex past, two separate but often intertwined veins of art emerged. From ancient artifacts to contemporary paintings, works from this area of the world are generally classified together as Australian and Aboriginal Art.  As part of the larger category of “Oceanic art,” artwork that comes from Australia, be it of aboriginal or Western Australian origin, can be quite valuable. Works by Australian and aboriginal artists have consistently fetched six-figure hammer prices in recent years. The current record is held by Sidney Nolan, whose painting First Class Marksman sold for $4.1 million in 2010.

Additionally, a 2017 sale demonstrated a growing international appetite for Australian Aboriginal art, when a piece by the late Emily Kngwarreye, titled Earth's Creation 1, sold for $2.1. This same painting sold for just over $1 million a decade before in 2007.

Even if you’ve had your Australian or aboriginal art appraised in the past, most experts recommend a new appraisal every five years to account for shifts in the market. Our experts in Australian and Aboriginal art track the latest trends and use auction house results to accurately assess the value of your items.

What are the different styles of Australian and Aboriginal art?

The first works of Australian art from artists of European heritage depicted the local flora and fauna. Landscape paintings were popular during the colonial era, as well as the subsequent gold rush and expansion of European settlers throughout the country. Some notable artists during this period were John Glover, Conrad Martens, Louis Bouvelot and H.J. Johnstone.

In the late 19th century, the distinctly Australian version of Impressionism came from the Heidelberg School. Artists of this movement embraced the plein air technique of their contemporaries in France and favored subjects that espoused the values of manual labor through romantic depictions of rural life. Members of the Heidelberg School included  Tom Roberts, Arthur Streeton, Frederick McCubbin and Charles Conder.

Australia also made significant contributions to modern art through the Antipodeans and the Hermannsburg School, as well as high modernism and postmodern art. In 1972, an artist’s cooperative called Papunya Tula formed and popularized the Western Desert Art Movement, also called Aboriginal “dot painting.” It has been credited with bringing Australian Aboriginal art to international attention and has inspired many other contemporary Aboriginal artists

Is Australian and Aboriginal art in high demand?

Would You Like to Sell Your Australian or Aboriginal art?

Mearto offers two opportunities to sell your Australian or Aboriginal art based on its current fair market value:

Customers with Australian or Aboriginal art expected to sell for $5,000 or more can take advantage of our complimentary Consignment Concierge service. We will contact leading auction houses on your behalf, collect offers and help you negotiate the terms of a consignment agreement. There is no additional fee or commission for this service.

For customers with Australian or Aboriginal art valued between $50 and $5,000, Mearto offers an exclusive Marketplace, which is accessed by a number of art, antiques and collectibles dealers around the world. If there is interest in your item, you will be contacted directly with offers through our platform. In the event of a successful sale, Mearto takes a 7% transaction fee.

To learn more about options for selling your Australian or Aboriginal art through Mearto, please click here.